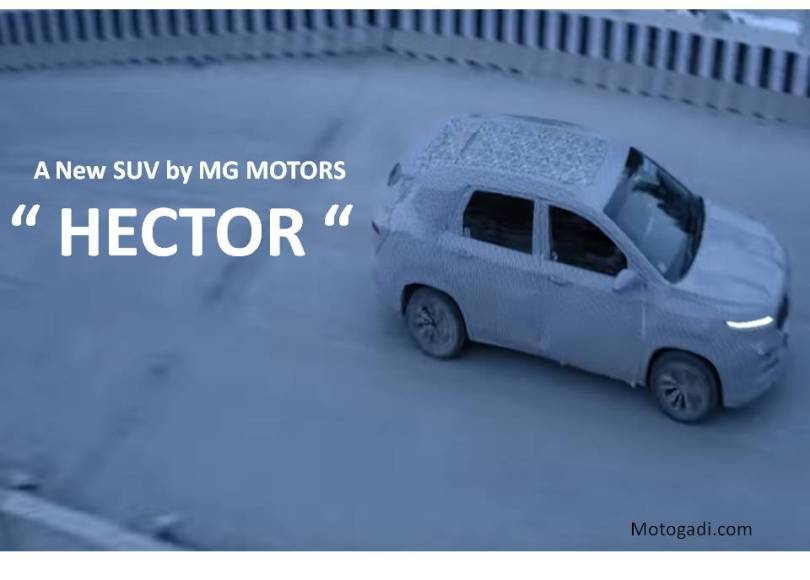 MG motors, the initial of Morris Garages started by Cecil Kimber in 1924, is a British automotive company headquartered at Longbridge, Birmingham, United kingdom. MG Motors is a subsidiary of SAIC Motors UK and It is a largest importer of Chinese made cars in United Kingdom.

MG motors is going to start its market in India with introduction of Premium SUV car named as Hector, which is. The name ‘Hector’ refers to the Royal hector biplane used by Royal Air force in the 1930s and it also hark back to the warrior, price Hector of Troy. Hector is a mid size SUV, designed to compete with Tata Harrier , Jeep Compass, Mahindra XUV 500 and Hyundai Tucson. As per the initial statement , MG Hector will be powered by 1.5 litre turbo petrol unit and 2.0 liter engine with expected price of around INR 15 Lakh. The SUV car will be available with 48V hybrid car variants.

In view of upcoming technology, the SUV is configured with ismart technology to provide car friendliness with user.

In initial video, company shows the performance testing of MG hector in hilly and extreme cold climatic conditions which indicates its features like automatic climate control, ABS , Transmission drive mode of hill up and down etc and it will provide all new technology and safety features as configured in Tata Harrier and Jeep Compass.

As per official statement, MG Hector will be launched by June 2019.